I wander around at night sometimes, partially to be out in the wilderness at dawn or twilight, but also because the night itself is so powerful and magical to me. This is overlooking the Chama River as the moon rose early one morning; I was actually heading somewhere else but had to stop. This is another painting ( 3′ x 3′) that I started as an acrylic, and then was able to finish once I started painting in oils.

This is a large (3′ x 4′) painting that I started a while ago and just finished, showing the valley and mesas on the way to the southern entrance to Canyonlands National Park one morning. It’s from a car trip back from San Francisco when my wife Melinda and I traveled through Utah, where she is from originally. I began it as an acrylic painting and got stuck for a while. Even using Open Acrylics, I had a hard time feathering edges and gradations of transparent color. Once I started painting in oils, the problems that I couldn’t overcome using acrylic seemed solvable to me, (still hard but solvable) so I was able to finish. 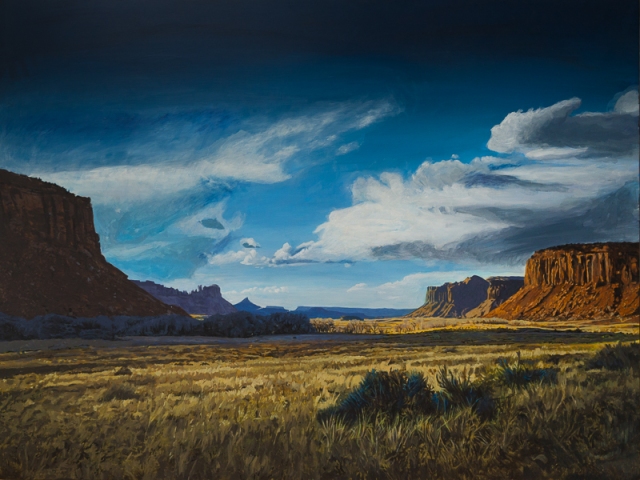 This is a fascinating article about Monet and his behind the scenes struggles. I also just finished Susan Vreeland’s The Luncheon of the Boating Party about the famous work by Renoir and what went into it, which I highly recommend.

These are from a lovely foggy autumn day in Big Ivy, North Carolina driving up state road 2173 to Douglas Falls. I was visiting my sister and her family in Asheville and my brother in law and he took me to this special place.

This was a year ago, and I was too depressed with the political news, and a beloved dog dying to post them, so I waited a year to do it. It’s such a lovely place that I didn’t want to not post them! And now of course we are surrounded by two new young canine family members… 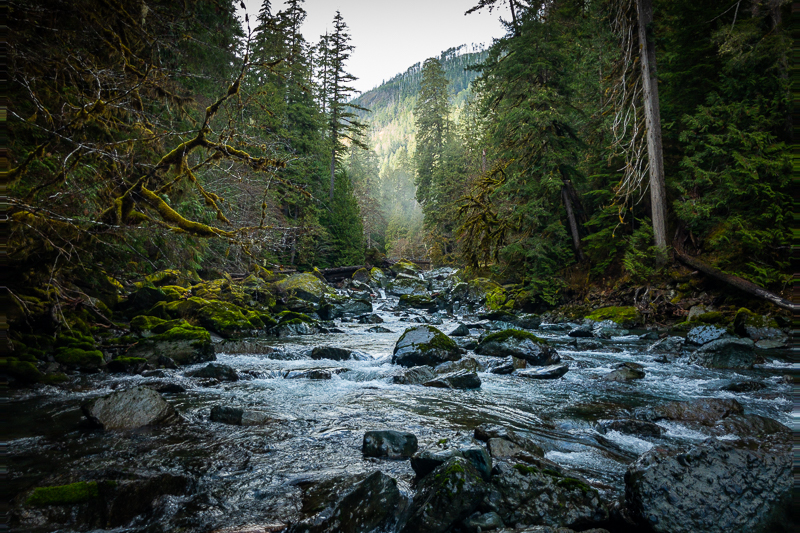 My lovely and talented wife, Melinda Tidwell, recently traveled to Seattle to work with the great Carla Sonheim (https://www.carlasonheim.com/) to film a series of online collage/composition workshops. I took the opportunity to wander around up there and here are some photographs from those rambles. 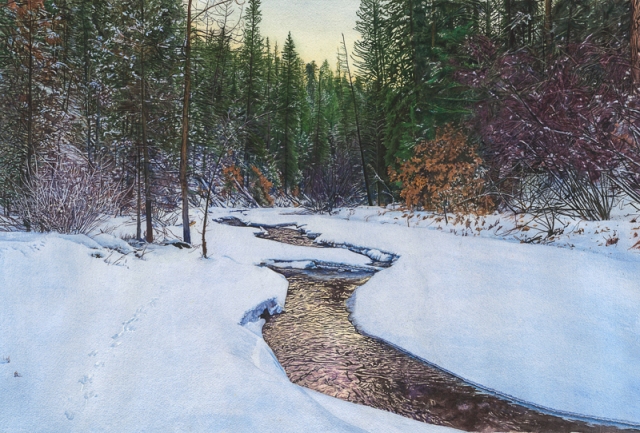 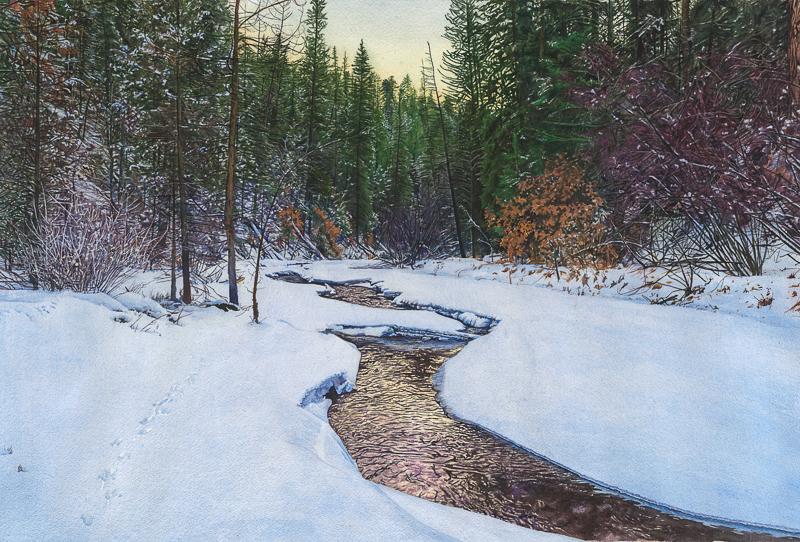 A couple of winters ago, I went through the canyon of the Jemez River near Valles Caldera in New Mexico. I wore some cheap waders and some good crampons, as the landscape was filled with ice and snow. This is a watercolor towards the end of the day from pretty far in the canyon, but out of the rocks. I had been following a coyote for most of the way, and wanted to include his (her) tracks. Here are some of the stagesof the painting along the way.